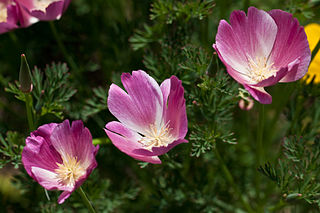 Genetics is like looking at a flower or two. Genomics is looking at the entire garden.

Genome was first coined in 1920 as a combination of gene and chromosome. It was meant to describe all of the genes along a set of single chromosomes.

The term Genomics was coined during a meeting in Bethseda Maryland ("Beer, Bethesda, and Biology: How "Genomics" Came Into Being").

Built off of information and technology built for human genetic and genomic research.
In 1981, we knew of 4 linkage groups. Blood type was linked with hemoglobin. Alpha-, beta-, and kappa-casein were known to be linked on the same chromosome.

In 1990, there was a conference at Cold Spring Harbor about mapping genomes in cattle (mapping is figuring out the recombination that occurs between spots on a chromosome. These DNA variants are inherited in patterns, not independently).

In 1998, Womack wrote in a grant that "The bovine genome will probably never be sequenced." All of that soon began to change. The human genome was finished ahead of schedule and below budget. This lead to a call to sequence other genomes. In 2002, the National Human Genome Research Institute announced that they would help fund the cow and dog genomes. However, NHGRI said they would only pay for half of the cost of sequencing the cattle genome.
Researchers got money from the USDA, Japan, Korea, China, Canada, and Australia.
Womach got a call saying that if the cattle genome community did not come up with the money, that NHGRI was going to move on to a different organism.
Anne Armstrong set up a meeting with the governor of Texas. Anne Armstrong was known as the velvet hammer. Needless to say, the State of Texas came up with $5 million to support the sequencing of the cattle genome.

In 2009, the first cattle genome was published. It was based on an inbred, Line One cow from the Fort Keogh Research Station in Miles City, named L1 Dominette 01449.

Once we have the tools of genomics, we could begin finding the DNA variants found for simple Mendelian traits. These traits are controlled by a single gene. These are easier to find and identify.

However, most of our economically important traits in cattle production are complex traits. These traits are controlled by many genes and are influenced by the animal's environment.

There is a lot of diversity in genomes. Of the 3 billion base pairs, you likely vary from other people at 3 million base pairs. These single base pair changes are called SNPs (single nucleotide polymorphisms).

Dairy calves in hutches were scored for different respiratory symptoms (nasal drainage, eye discharge, ear drooping, temperature and cough). Calves in hutches were identified that had severe symptoms. Then calves in a nearby hutch with no symptoms were also identified. Researchers then conducted a genome-wide association study to identify DNA markers that are associated with variation in Bovine Respiratory Disease.

The found 50 loci that were associated with BRD in different analytical approaches, geographic locations,

On chromosome 15, they identified Poliovirus receptor related 1 (PVRL1) as influencing BRD susceptibility. This gene is know to affect entry of bovine herpes virus 1 into the cell. Other strong candidates have also been identified.