Showing posts from June, 2016
Show all

June 30, 2016
The beef industry values sustainability. We value successful operations that are passed on to generation after generation. That is why beef producers support  youth programs. Those of you who know me personally, know I am way too busy for my own good.  I've learned to say no and am making strides in simplifying. When the beef project leader in my kid's 4-H club came open, I should have kept my mouth shut. Instead, I volunteered to be the leader, because I value educating youth. I wanted to pay it forward and help kids fall in love with cattle the way I did. On Friday July 8th will be our Sturgeon Beef Show. I hope those of you in mid-Missouri will come out and enjoy the successes of our youth. If you are interested in sponsoring a breed champion, please let me know. Thanks to those who have already sponsored. Watch the blog for pictures of my little ones falling in love with cattle. If you time driving by my house just right,  you might even catch a glimpse of a computational …
Post a Comment
Read more 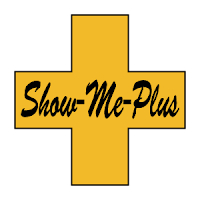 Can genetic information from a simple DNA sample allow us to reasonable accuracy of the females lifetime performance?

We know that our national cow herd inventory decreased to a very low level in 2014.

When we rebuilt the cow herd did we keep low quality heifers that should have never been cows?

What type of genomic prediction should we be using to select commercial heifers?

GeneMax Advantage was produced by a collaboration of Angus Genetics Inc, Certified Angus Beef, and Zoetis. It is applicable to beef females that are at least 75% Black Angus. These predictions are based on the Zoetis HD50K product for Angus. The correlations between the genomic predictions and the breeding value are all quite good, around 75%.

Is genomic testing a good value to seedstock producers? The answer to this question requires several different lines of thought. To answer this we need a system based approach.

What makes up a genetic prediction?

Information from relativesMolecular breeding valueCorrelated phenotypesPhenotype No individual animal in a genetic prediction ever has an accuracy of prediction of zero. The information from the calf's relatives brings in substantial amount of information.
What are the advantageous of genomic prediction? 1) Increase accuracy of evaluation 2) More exciting is the opportunity to incorporate additional traits costly or difficult to measuremeasured late in life (after the time of selection decisions)sex-limited 3) Avoid prolonged generation intervals. For many selection decisions in beef cattle, we make many selection decisions around a year of age. 4) Reputation. This is hard to quantify in d…
Post a Comment
Read more

But, putting a large number of cattle through metabolism chambers is not feasible.

What tools are available to change maintenance energy?

For two beef breeds, we see an unfavorable trend for mature size. If we go from a 1000 pound cow to a 1500 pound cow, we have increased the maintenance requirement by 35.5%.

Marbling has also increased over time.

The cow-calf sector and the entire industry have responded for the need for increased post-weaning performance and carcass quality.

Lalman discussed analyses by Pendell and coworkers published in 2015, in which they analyzed Kansas Farm Management Association data. The data had information from 79 operations with data from 2010 through 20…
Post a Comment
Read more

Although some of these traits are interesting to us as biologist (what Spangler termed "biological intrigue"), what really matters at the end of the day is improving cattle.

BIF 2016: In Search of Beef Production Nirvana, Things a cow-calf producer learns when you own a feedyard, what drives profit?

"I'm humbled to be in front of you." Ramsay said, "You all represent the most passionate and educated group of producers."

Nirvana, what does that mean?
In the Buddhist tradition, nirvana is described as the extinguishing of the fires that cause suffering and rebirth. These fires are typically identified as the fires of attachment, aversion, and ignorance.

They also face price volatility, there were swings in $241 of calf price over five years.

There has to be trust between segments. Weighing conditions, changed to do what is best for the cattle instead of worry about who gets the advantage. Because of the integration of the cow-calf and feed yard, they can streamline vaccination protocol and reduce redundancy. This also requires sharing added value. Is it a zero sum game or can we add value? We need to have an abundance ment…
Post a Comment
Read more 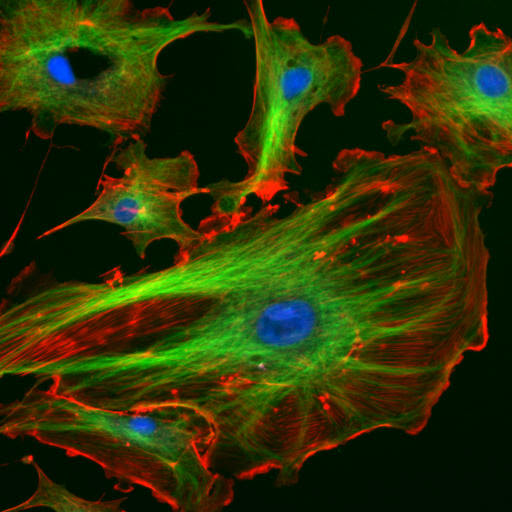 Neibergs lead an effort to identify key genes within the network of genes that influence feed efficiency differences.

In this analysis they analyzed over 700,000 DNA variants in about 800 Hereford steers. For these Hereford steers they calculated the residual feed intake. Residual feed intake is how much the observed feed intake differs from the expected feed intake based on average daily gain and body weight. For over 19,000 genes, they identified the DNA marker within 8,000 base pairs of the gene that had the largest effect. These effects were assigned as the effect for that gene. They could then analyze networks of genes to look for gene networks that were significantly involved in feed efficiency differences.

BIF 2016: Effects of timing and duration of test period and diet type on intake and feed efficiency

However, residual feed intake (RFI), a measure of efficiency, is  repeatable between feeding periods, with a correlation of 0.63.

Using 35 days on feed accounts for about 95% of the variation in feed intake from a 70 day feeding trial.

Intake seems to be very repeatable across stages of life and on different diets.

The residual feed intake (RFI) repeatability was 0.42 when comparing a forage diet to a grain diet.

Intake is repeatable. Gain is not repeatable between test periods.
Shorter duration intakes are strongly correlated to total feeding period intake.
Intake of forage is correlated to intake of grain, furthermore efficiency is …
Post a Comment
Read more

In the Hereford RNA sequencing data, the team found genes that are involved in metabolism. In the Angus and Charolais data they found many genes involved with immune function. This is likely due to the poor feed efficient animals having subclinical illness which led to them having poorer performance and less efficiently t…
Post a Comment
Read more

GeneSeek Meeting: The Value of Genomics

June 15, 2016
Slides from my presentation at the GeneSeek meeting prior to the Beef Improvement Federation meetings.

The Value Of Genomic Predictions in Beef Cattle from Jared Decker

Belk suggested we should select based on the microbiome.

Should we be selecting based on the microbiome?

Swapping genes between symbionts and their hosts are very rare events. Animals have developed mechanisms to stop this from happening. Animals strive to stop other organisms from high jacking …
Post a Comment
Read more

Sometimes we think about beef production from a cow based focused. We think about our brand, the brand on the side of our cattle. Stika states we have seen a shift toward thinking about branded beef programs.

Stika states, "The only sustainable flow of dollars from which to continue to build the beef business comes from the consumer." Sometimes we see a bull sell for high dollars, and we hear questions about if that was "real money." The dollars that come from consumers is absolutely real money.

The comparative retail price of beef is increasing relative to poultry and pork. To keep consumers happy, we have to provide them with better beef. Would you buy the same truck for a higher pr…
Post a Comment
Read more

Beef Improvement Federation 2016: What will the North American beef market look like 20 years from now: opportunities for domestic and international growth

Some of the comparative disadvantages of North American beef production is that it is not the lowest price per pound producer. Further, there is limited communication, coordination, and signaling between sectors of beef production. There is fragmented support of traceability systems and focus on future beef demand.

Schroeder stated it is important to remember that the value of beef production comes from supplying demands of beef consumers. We need to make sure that the domestic consumer market accepts what we are doing. The United States population is changing, and we need to make sure we are meeting …
Post a Comment
Read more

We can now biopsy an embryo to extract a small number of cells. We can then extract DNA from that cell. In order to test that DNA with a SNP chip, it has to be copied (amplified) 2,100 times. This is like taking a bushel of corn and amplifying it to a trailer load of corn.

Biopsying an embryo only decreases embryo pregnancy rates by about 10%.

One of the straight forward applications of embryo biopsy is to look for carrier status of genetic abnormalies. We can now do a full GE-EPD test on these biopsies. This means we can actually decide which embryos to implant based on the embryo's genetic merit!
We can know earlier and earlier what the genetic merit is, allowing us a new way to shrink the generation interval.

Barten's company flushes a day early at 6.5 days, then send embryos back out at 7.5 days. They currently use human IVF tools to ship the embryos the same day. He biopsies the embryo and sends back the frozen embryos.

Why did we create a new SNP chip?
There have been four large USDA research grants that Taylor has been a part of. From theses grants, there has actually been a synergy, the sum has been greater than the individual parts.

In one grant they planned to genotype 4,000 variants in 10,000 cattle to look for variants causing embryo losses due to broken genes. The feed efficiency project and the bovine respiratory disease complex projects both budgeted to test 1,000 variants in 2,000 cattle. With a fourth project, they won additional funds to create a SNP chip to look at 200,000 DNA variants in over 17,000 cattle, thus tying all four projects together.

The IGS Implementation of BOLT

Over the last 50 years we have had evolution of the statistical methods used to calculate genetic predictions, EPDs, for livestock. What drove the evolution of these methods? Knowledge of statistical models? New methods? Data? Enabling computer technology? Golden states that he believes the drive for better models has been a desire to increase the accuracy of prediction.

Theta Solutions uses graphical processing units, originally built for video gaming, to have a high performance computer at a relatively low cost. The BOLT software focuses on custom turnkey analyses, once the system is set up all one needs to do is feed it data.

EPDs represent the genetic components of an animal’s phenotype that are expected to be passed on to the next generation. Studies have shown that using EPDs are seven to nine times more effective than selecting based on actual phenotypes. This fact sheet will assist readers in understanding how to interpret EPDs and breed averages, and be able to use percentile ranks in order to identify potential sires that fit the desired breeding objective.
Please see the fact sheet for more information. http://articles.extension.org/pages/73314/epd-basics-and-definitions#
Post a Comment
Read more
More posts
Follow @pop_gen_JED