In the history of selection, we used used visual appearance and local adaptation to create some breed creation. We then moved to actual performance. We started weighing and measuring cattle. Then scientist used statistics to analyze this data and produce sire summaries and EPDs. We have now added genomics to this process. Prior to the release of Milk EPD there was no change in milking ability in Angus cattle.

Don't overload producers with too much information! 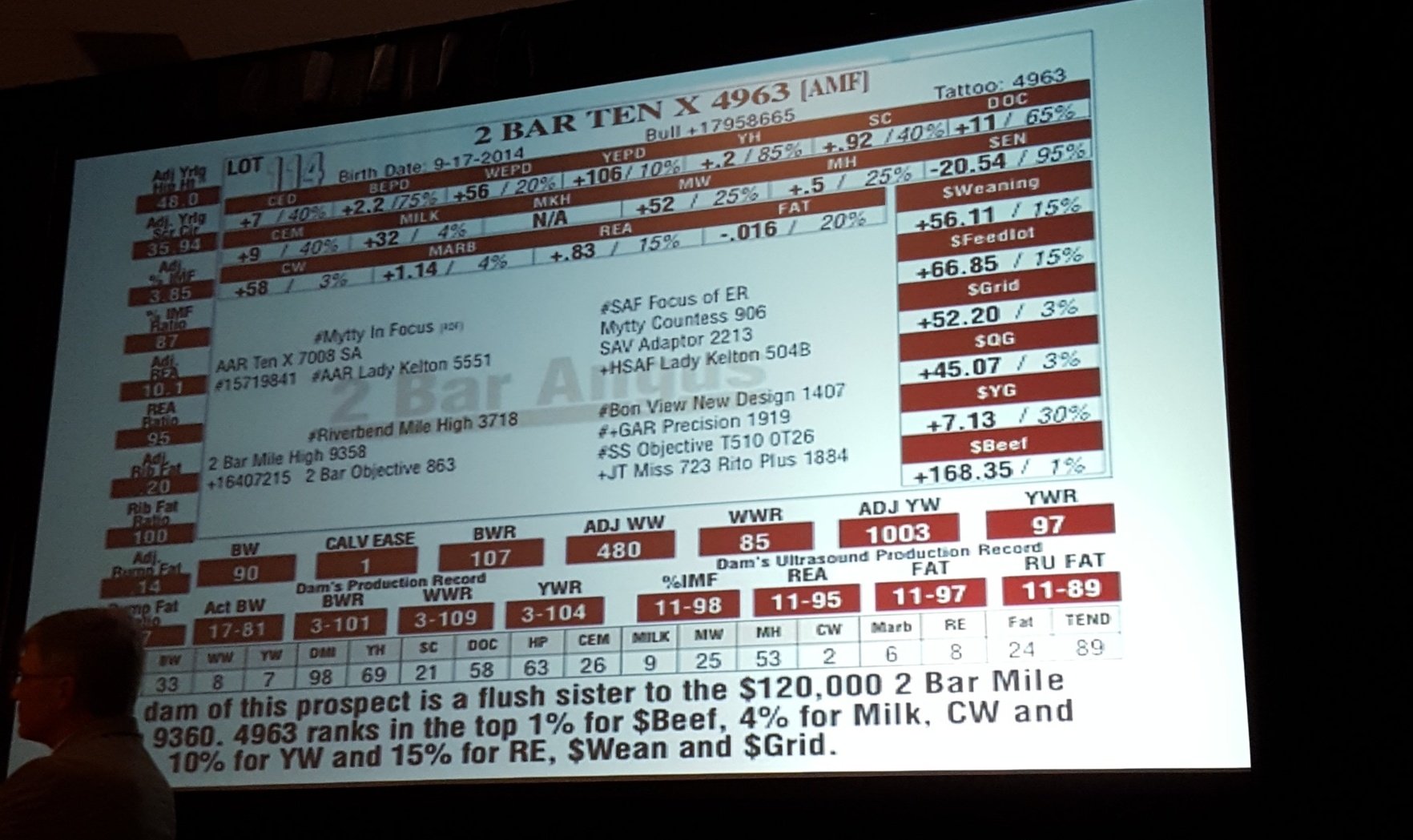 We don't need to be double reporting data. Genomics goes into GE-EPDs; no need to publish genomic percentiles. Indexes simplify the information we present to commercial producers.

Prior to the release of Hereford's  BMI index, there was improvement for maternal profit. After the release fo the BMI index, genetic progress was even more rapid.

There was a field-test for $B. They breed two sets of steers. One from a low $B group of bulls and a second from a high $B group of bulls. The value difference predicted from the index was $187. The actual profit differences were greater than $200.

There are terminal, weaning/replacement indexes, and overall indexes.
The industry needs to improve terminal indexes. It is important that we have calving ease direct and feed intake need to be included in these indexes.

There are a small number of weaning/replacement female indexes. These are lacking calving ease maternal. Further we need further improvement in fertility and maintenance EPDs.

There are lots of all-purpose indexes. These carry it all the way through. From conception through slaughter.
Most of these indexes contain a measure of fertility. However, sometimes the EPDs used for fertility are indicators of fertility, and not direct measures of the economically relevant traits. We also need to work on adding feed efficiency to these all-purpose indexes.

But, there are some keys to successful implementation, which include:
Develop a breeding objective


We need to identify selection index that most closely matches your breeding objectives.

The correlation between $W and $B in Angus is about 50%.

Darrh identified an outlier bull that had a -2 dollar $W and 170 dollar $B.

Don't make the mistake of sitting on the sidelines if the selection index scenario doesn't perfectly match your operation.

Red Angus was one of the last breed associations to adopt selection indexes. Keenan encourages the audience to learn from Red Angus' mistake. Again, don't sit on the side-line.

Do not panic if market values change, selection indexes are very robust.

Realize that some traits in an index have thresholds or optimum is not maximum.

Know what is under the hood.
What traits are included?
Is calving ease acceptable for my intended use?
Do I need to select for or monitor additional traits?