Showing posts from November, 2015
Show all

November 25, 2015
by Eldon Cole, Livestock Specialist Headquartered in Lawrence County, MO The skidding cattle market the past few months resulted in considerable pessimism prior to the 33 rd Show-Me-Select (SMS) Bred Heifer Sale at Joplin Regional Stockyards on November 20.  However, when the last of 293 heifers left the ring, the average price of $2477 brought smiles to most of the sellers. The previous 32 sales results predicted an average heifer price just under $2000 per head.  That forecast is based on the week’s average price per head for a 550 pound, Medium and Large Frame, Number 1 Muscle steer at the Joplin and Springfield markets.  That average amounted to $1011 per head according to the Missouri Market Summary. The SMS heifer average of $2477 divided by the steer average resulted in a 2.45:1 figure.  In the previous sales the highest ratio was 2.4:1.  Since the SMS sales began in 1997 at Joplin the smallest ratio was 1.65:1 in 1999. There was a standing room only crowd
Post a Comment
Read more

November 13, 2015
Dorian Garrick Iowa State University The Pre-Genomic Era In the Pan-American Evaluation there are four countries, US, Canada, Uruguay and Argentina. Agricultural Business Research Institute (ABRI) collects the pedigree and trait data. Then the Animal Genetics & Breeding Unit uses BREEDPLAN to estimate EPDs. To put the number of records turned in to the AHA data in context, we can compare them to other breeds. The 11 breed associations in International Genetic Solutions add 340,000 new animals in each of 2012 and 2013. AGI adds about 300,000 per year. Herefords add a little less than 100,000 animals per year. The Early-Genomic Era Cattle have 30 pairs of chromosomes. There are about 100 million base pairs per chromosome and about 2.6 billion base pairs in the entire DNA (genome). Most errors in chromosome replication are fixed. But, some slip through and are passed down through generations. The EPD of a bull is a sum of the average gene effects he carries. Until the g
Post a Comment
Location: Kansas City, MO, USA
Read more 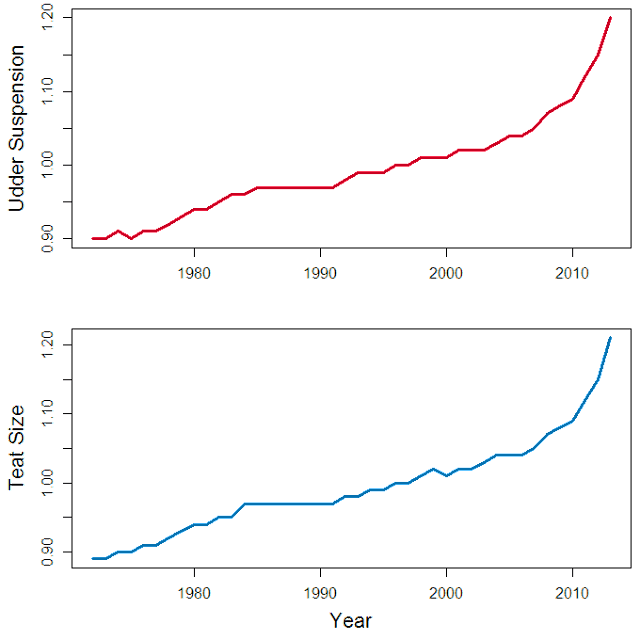 Bill Bowman and Sally Northcutt Method Genetics LLC Bowman and Northcutt discussed several new EPDs either in development or released by AHA, including: Dry Matter Intake Sustained Cow Fertility Heifer Calving Rate Udder Quality (Teat Size and Udder Suspension) Heifer Calving Rate , Sustained Cow Fertility , and Dry Matter Intake are currently released as prototype evaluations and can be accessed as a downloadable Excel file. "One of the things you all have going for you is the foresight to begin a TPR program ," said Bowman. Heifer Calving Rate Heifer Calving Rate (HCR) is a categorical trait, they either calved or they didn't. Method Genetics reports a heritability of 15% for Heifer Calving Rate. They analyzed 98,000 records, of which 73% had calved by 800 days of age, 27% had not calved. Contemporary grouping for heifers is based upon their herd, yearling weigh date, calf birth year and season. "This EPD goes beyond a traditional heifer pregna
Post a Comment
Location: Kansas City, MO, USA
Read more

November 10, 2015
Based on input and requests from breeders, we’ve been working on some updates to the information displayed on the Animal Search feature on Angus.org. These new features went live this morning [10 November 2015] , and I want to take a minute to highlight and explain these enhancements. Genomic Progeny  EPD percentile ranks Progeny  For complete post, please visit Angus Genetics Inc blog , and read the post by Dr. Tonya Amen. Decker's Take Home: I always love to see breed associations changing and innovating. I think these changes will allow producers to more quickly evaluate an animal's genetic merit. Plus, I'm sure breeders appreciate AGI responding to requests. Loading...
Post a Comment
Read more

The Power of the Genome: Weighing Opportunities, Dangers and Responsibility 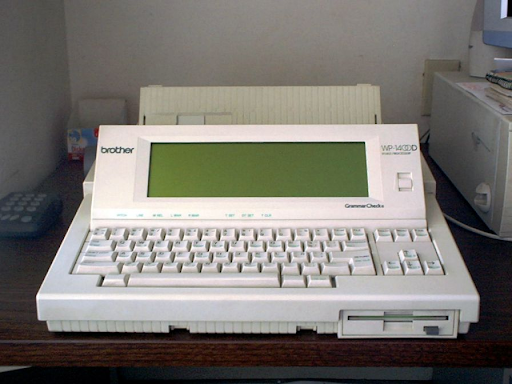 Angus Convention 2015 Richard Resnick CEO of GenomeQuest One can not impede scientific progress. - Mahmoud Ahmadinejad   Resnick gave a series of examples of how genomics is changing society. Resnick put a nice spin on the typical sequencing cost figure . He overlays Illumina's ( $ILMN ) stock price on top of the figure. He went on to explain that the only real differences between humans, cattle, corn, and other species is the proteins they make. The amino acids, the building block of proteins, are actually the same between species. Resnick used cystic fibrosis as an example of a disease in which genetics has been very important. One DNA variant that causes the disease is called ΔF508. When a person has this variant, the gene produces the protein, but a check and balance in the cell recognizes the protein as not correct and destroys it. A different variant, G551D, is not so severe that the protein is destroyed, but the protein does not function properly. A drug call
Post a Comment
Location: Overland Park, KS, USA
Read more

November 02, 2015
Eldon Cole, Livestock Specialist The 86th Southwest Missouri Beef Cattle Improvement Association’s bull sale averaged $4581 on 49 bulls.  Leading the average were the 46 Angus bulls that made $4684.  Three Polled Herefords were harder to get bids on and each received a $3000 bid. The consignment had outstanding performance data behind them and the knowledgeable bidders on the seats found the top prospects throughout the sale.  One thing that stood out again was the reluctance of buyers to go very high on bulls that had calving ease direct expected progeny differences (EPD) that were poorer than breed average. The sale top of the evening was a May, 2014 Angus consigned by Truman L. Wiles, Willow Springs.  The bulls calving ease, weaning weight and yearling weight ranked him in the first percentile for Angus non-parent bulls.  His $Wean was also in the first percentile.  The 7-framebull brought $7000 from Kevin and Cheryl Dill of Niangua. Close behind at $6750 was the en
Post a Comment
Read more

Summary of the DNA Technology: Where we've been, where we are, and where we're headed Conference

November 01, 2015
Meat Animal Research Center, Clay Center, NE Matt Spangler University of Nebraska-Lincoln  Why are we working on these novel traits?  Because they have great economic importance.  Further, they have heritable genetic variation.  We do have EPDs for feed intake and fertility, but they are not as pervasive as other (weight and carcass) traits. Continued phenotypic data collection and recording is critically needed. But, the breed associations have to do something with the data. Otherwise, progressive seedstock producers will look outside breed associations for genetic evaluations. This will not be a great outcome for commercial cattle producers. Nine breeds are already incorporating genomic information into EPD, with many other breeds right on the cusp of releasing genomic-enhanced EPDs. As genotyping becomes more common and more animals are genotyped, many of the current limitations are eliminated. But, there is continued room for statistical approaches to be refined.
Post a Comment
Read more
More posts
Follow @pop_gen_JED