Showing posts from May, 2017
Show all

May 31, 2017
Justin Rhinehart, standing in for Les Anderson University of Kentucky University of Tennessee Why don't more producers use estrus synchronization and AI? Labor/Time 39% Cost 17% Too Complicated 17% Lack of facilities 11% Other 14% Does not work 2% The cost per pregnancy for a bull costs between $60 and $75 depending on pregnancy rate. The cost per pregnancy is approximately similar between AI and natural service, if calculated on an equivalent production basis. Estrus synchronization and AI improve profitability. Study looked at 1,197 cows from 8 herds.  Herds that used fixed time-AI saw a higher weaning percentage, shorter days to calving, greater weaning weight per cows exposed, resulting in AI herds being $49 more profitable per calf.  The greatest benefits of AI are realized after multiple generations. Part of this is improved genetic merit of cow herd from picking replac
Post a Comment
Read more

May 31, 2017
David Patterson University of Missouri What are the challenges facing the beef industry? Reluctance to adopt new technology Aging producer population Rising input costs Declining markets Increasing global competition Perceived lack of incentives However, we have several opportunities, including on-the-shelf technology not being used ( that works! ), increasing domestic and global demand for high-quality beef, and marketing incentives that will add value. In the U.S., we have 69% of beef farms as secondary income, 50% using a defined breeding season, and 10 to 15% using artificial insemination (AI). Since 1996, the Show-Me-Select program has contributed great than $120 million to the Missouri economy. Over 32,000 heifers have sold through the program. Many more have stayed on the farm. In 1998, heifers averaged $767 in Show-Me-Select sales. In 2014, they averaged $2,944. In 2015 heifers averaged  $2,242. Base-line heifers sold through the program sell for $200 more
Post a Comment
Read more

May 29, 2017
We are conducting a survey looking at the attitudes and beliefs regarding genetics and technology in the beef industry. Five survey participants will be randomly selected to receive a $100 Visa gift card. Click on the link below to see study information and fill out the survey: Use of EPDs in selecting beef cattle Survey is available until June 16th, 2017.
Post a Comment
Read more 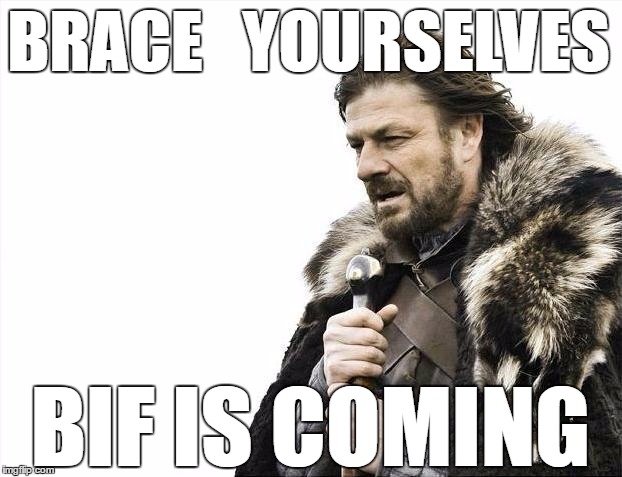 Watch the blog Wednesday, Thursday and Friday of this week for coverage from the Beef Improvement Federation Symposium in Athens, Georgia. For those of you who have followed in the past, that means there will be LOTS of posts this week! Also, Thursday afternoon, June 1, I will be speaking during the Advancements in Producer Applications breakout session. You can also follow the conference using the #BIF17 hashtag on Twitter. Also, a big THANK YOU to the American Simmental-Simbrah Foundation for helping fund four MU graduate students' attendance at BIF. If you are at BIF, please say introduce yourself to Harly Durbin, Sara Nilson, Tamar Crum and Troy Rowan.
Post a Comment
Read more

May 15, 2017
Angus Genetics Inc will switch to single-step genomic prediction on July 7th. Since 2010 they have been using multi-step genomic prediction. In multi-step, genomic predictions are treated as correlated traits to produce GE-EPDs. In single-step, all genomic, pedigree, and performance data is analyzed in one model. The key to calculating EPDs is measuring genetic similarity. Traditional EPDs used pedigree data to estimate genetic similarity. In single-step, genomic data more accurately measures relatedness, i.e. genetic similarity. The pedigree and genomic relationship measures are combined. Since November, AGI has evaluated multi-step vs single-step. They have seen very similar accuracies between the two methods. But, single-step tends to have slightly higher accuracies. Further, there are several advantages to single-step. These advantages include removing the need to recalibrate and using all of the data simultaneously. Watch for further information from Angus about the switch t
Post a Comment
Read more

May 12, 2017
It is the time of year to once again record and report hair shedding scores. This fact sheet on eBEEF.org should come in handy. Participants in our hair shedding genomic research project should have received an email from Harly Durbin. This email contained an Excel file to report hair shedding scores on enrolled cattle. If not, please get in touch with us as soon as possible. We must receive 2017 data in these Excel files! It is important that we receive data on our target goal of 8,000 cattle. If your cattle are enrolled in the research program, we should have received DNA cards and 2016 data from you by now. If we have not yet received your data, you are in danger of being removed from the program. If we have not received your data, please get in touch with Harly and I by email or by phone . We know receiving genomic-enhanced EPDs is very important to hair shedding study participants. This is also a priority to us. We have worked with breed associations and GeneSeek to make
Post a Comment
Read more

May 12, 2017
by Ron Locke R & J Ranch, Long Lane All professions require their members to attend periodic continuation training to stay abreast of innovations in their given fields. While some may argue “Cattlemen” or Cow/Calf Producers are not professions, I strongly disagree.  For the sake of argument and space let’s assume I’m right and skip the several paragraphs of justification to that end. We cattlemen need to know how to improve our operations and that requires keeping ourselves informed. In the past few weeks I have attended several conferences and came to the conclusion there are three “gamechangers” currently available in our industry that are being overlooked by most cattle producers and they are having a significant impact on their bottom lines day in and day out. The first “gamechanger” is toxic fescue and its insidious drain on cattle performance from birth to death. With years of research at numerous universities and thousands of herds examined and assimilated we know every
Post a Comment
Read more

May 11, 2017
My group is currently recruiting a postdoctoral fellow. We are looking for candidates who are passionate about genetics, genomics, and research. Ideal candidates are creative, hard working (while maintaining a work/life balance), and self starters. Our group is strictly computational, so candidates should enjoy working on computers and analyzing data. Candidates should have programming experience (typically in R, Python, Perl, Julia, etc.) and be familiar  with the command line. Candidates will need to demonstrate  ability to write well and publish research. We currently have access to over 48,000 genotyped beef cattle with phenotypes and breeding values from breed associations (see Decker, 2015 ). We are currently negotiating to obtain access to an additional 300,000 genotyped cattle. These samples are in addition to tens of thousands of animals genotyped by the University of Missouri researchers (see Google Scholar profile for examples of data sets). We also have access to whole
Post a Comment
Read more