Showing posts from December, 2018
Show all

Beef cattlemen will gain insights into Show-Me-Select replacement heifers Friday, Jan. 4, at the start of their annual meeting in Columbia.
The Missouri Cattlemen’s Association (www.mocattle.org) meeting runs Jan. 4-6, 2019, at the Holiday Inn Executive Center. The SMS group usually meets at the University of Missouri campus in Columbia. They will join on the first day for the heifer meetings.
“Joining two groups benefits both,” says Dave Patterson, MU Extension beef reproduction specialist. “Both sides gain.”
An educational seminar is planned for 2-5 p.m. on Jan. 4. Focus is on heifer development.
Highlights are two SMS panels. The first covers “The Role of the Veterinarian in Heifer Development.” The other has five producers telling of success.
Many veterinarians urge clients to follow breeding protocols of MU Extension for heifer development. A big SMS attraction to farmers is calving ease.
Trouble-free calving also gains favor with veterinarians. That cuts …
Post a Comment
Read more 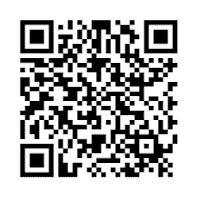 MANHATTAN, Kan. – Beef cattle producers have a wide range of selection tools available for use in selection of breeding stock. These range from visual appraisal to EPD (expected progeny differences) and selection indexes that leverage genomic technologies. Adoption of new technologies by the beef industry has dramatically changed beef cattle selection strategies and opportunities. Beef genetics and genomic tools continue to evolve at a rapid rate.
To aid the development of new selection tools and their adoption by producers, researchers seek to understand current attitudes and perceptions of industry stakeholders. Producers and industry participants are encouraged to take part in an online survey to help inform the development of a new beef cattle selection decision support tool. This work is part of the activities funded through a recent USDA Agriculture and Food Research Initiative Critical Agriculture Research and Extension grant (2018-68008-27888) awarded to research and extension …
Post a Comment
Read more 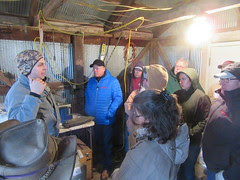 University of Missouri's Southwest Research Center near Mt. Vernon hosted an open house December 3rd that gave attendees a peek at the direction beef cattle research is taking at the 890 acre Center.

Are we done with changes? Releasing a single-step evaluation should allow us to focus attention on other topics and needs.

EPD have been available to the U.S. beef industry for over 40 years. Survey results suggest that 30% of beef producers use EPDs or indexes as their primary selection criteria. Part of the lack of technology adoption is likely due to the confusion surrounding how best to use them. Also, some breed associations publish in excess of 20 EPD per animal. There are increasing number of EPDs, but we continue to publish indicator traits such as Birth Weight, when we have the economically relevant trait published, Calving Ease in this case.

BIF Genetic Prediction: Would You Drive a Race Car WIthout Steering?

Leachman's uses three indexes, $Ranch which is birth through weaning, $Feeder which is weaning to carcass, and $Profit which is $Ranch and $Feeder combined.

"Most of us as breeders cannot look at 22 traits and compute a quadratic equation to identify the best combination of traits." Leachman said.

On the female side they are adding $2 per cow per year using the $Ranch index. They have data from a cooperator showing an increase in pounds weaned per cow exposed.

"We know we can make rapid change. We know it can be significant," Leachman said.

With Lu Ranch, they added an inch to ribeye, doubled the number of cattle qualifying for CAB, and improved other traits included in the indexes.

Leachman worked with his cooperators and after three years of discussion, they were able to share the indexes with other seedstock producers. Over 50 breeders are included in the evaluation. Over 38,000 records are added each year.

Today is the 1 year plus 2 day anniversary of AHA's switch to single-step.This is the North American Hereford Genetic Evaluation including AHA and Canadian Hereford Association. They are currently working with Uruguay and Argentina are in the process of switching to the single-step approach.

Part of the process was building a fully automated genomic pipeline to run the genetic evaluation weekly. They have been very happy with the quality controls measures that were built into this pipeline.

AHA implemented a data pruning strategy to capitalize on their switch to whole-herd reporting in 2001. Animals that have data reported after 2001 plus 3 generations of their pedigree are included in the analysis.

They have performance data on 2.3 million animals. They have genotypes on over 70,000 animals.

Previously, all traits were fit in a single model. With the switch to single-step, AHA switched to 9 cluster models. They also re-parameterized the …
Post a Comment
Location: Kansas City, MO, USA
Read more

IGS has data from about 15 different breed associations. They have 180,000 genotyped animals in the evaluation. Two years ago, they have 65,000 animals genotyped in IGS. Most of these were males. So, in the last two years they have almost tripled this number and have added many more females, through programs such as Cow Herd Roundup.

In their genetic evalution they use a subset of markers that they have identified as predictive in multiple breeds. This subset of markers provides more accura…
Post a Comment
Location: Kansas City, MO, USA
Read more

Genho works with American breeds and smaller breed associations to provide them with genetic evaluations. He implemented single-step BLUP to use genomic information.

A lot of the problems with genomic prediction is having lots of animals in the pedigree, but with relatively small proportion of animals genotyped. However, Genho works with commercial ranches who have genotyped every living animal. This simplifies many of the struggles with single-step BLUP. Genho wonders what the next iteration of models will look like given the entire dataset is genotyped.

All of the American breeds have Bos indicus influence. However, there are very few pedigree connection between these breeds. Genho wonders if identifying marker effects that could be shared across breeds could be an opportunity to share data acros…
Post a Comment
Location: Kansas City, MO, USA
Read more

Details of genetic evaluation are published in their Sire Evaluation Report. angus.org/nce The first four papers of the report contains the details of the evaluation. Miller states that it actually functions as a nice animal breeding textbook.

Angus Genetics, Inc. does evaluations for 6 clients, ranging from weekly to annual evaluations. The weekly evaluation of Angus is a bit like Groundhog Day, same thing week after week.

The Angus Association uses an unweighted single-step approach, and the development of this method is the result of lots of research that has been peer-reviewed and
published.

Because the single-step model allowed them to fit more traits in the same model, they improved the carcass trait model. By adding in weaning weight, they were able…
1 comment
Location: Kansas City, MO, USA
Read more

Sustainability and beef: Beyond the headlines and towards the facts

Many companies are using these concerns to market their products.

Unfortunately, there is a lot of misinformation regarding beef's impact. 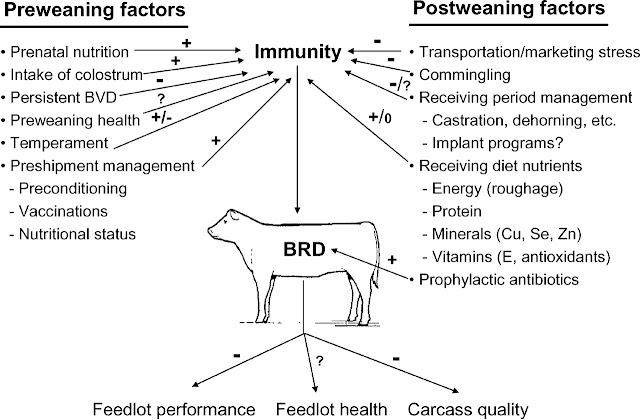 We have put a lot of the blame for high-risk feeder cattle on the cow-calf producer. However, Falkner says it is the system, not the producer, that is to blame.

Falkner described how as his time since graduating veterinary school has passed, that he knows less but understands more.

When talking to Falkner, people want a recipe. He provides two recipes, one for Possumneck pudding and Biscuit pudding.  We spend a lot of time chasing the right "recipe" for cattle health. What we need to do is become better cooks. But even more important than being a good cook, is knowing how to run a restaurant. What is your business model? How can you meet your objective better?

Question: "If wages come from labor/work, interest comes from savings, and rent comes from real estate... from where does profit come?" The answer is that profits come from risk.